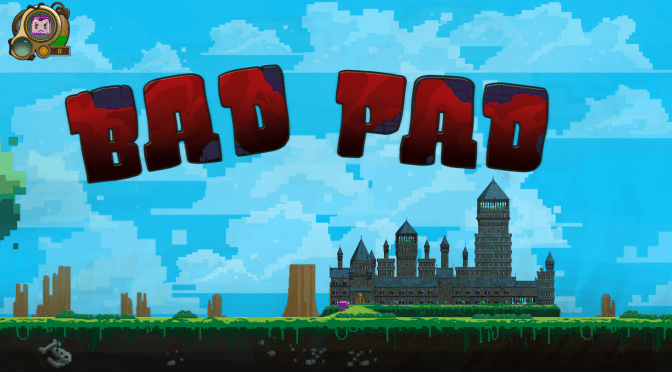 We’ve also added some new assets to the game, some underwater vegetation, more background wall variations for the 2nd floor, portals and missile launchers for the 3rd floor and some UI for the main menu.

The walls and vegetation gave me quiet more work to do, going over all the 2nd floor scenes and water scenes and applying the new tiles and objects in as less patterned and hopefully artistic way as possible, it’s amazing how much impact these little details have over the overall feel and look of the game, they bring the scene to life and should be carefully placed, this is mostly done by trail and error, the decoration for the 1st floor for example went through numerous changes throughout the builds of the game, even small things like moving a patch of vines a few pixels in a given direction can make a difference.
So in conclusion its safe to say that in the first build we’ll release these elements won’t be fully placed in all the scenes 🙂

Check out our page on Steam, see the new trailer and play the demo if you haven’t yet, don’t forget to rate us and share your thoughts! 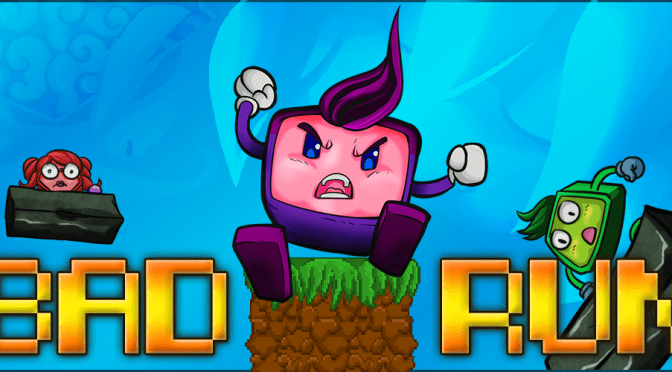 The last month was mainly about creating some mobile presence for Bad Pad, it’s obvious to me now as it was the first day I started working on Bad Pad, that this is not a game for mobile, the amount of control precision required and multi button pressing is just not cut out for touch controls.
So, my intentions are to create mini games for mobile based on parts of Bad Pad, with extended gameplay and mechanics and of course touch based controls.

About an half a year ago I did a mobile game called Bad Fall, it was based on a scene in Bad Pad where you continuously fall and need to avoid obstacles, it was a nice little game, but it lacked depth, replayability and a general sense of progress, it was just one endless level with upgrades spawning throughout the level, so progress was very limited, I’d say around 4-5 mins top per game, it was all randomized, but still it felt pretty much the same every time.

This time I decided to take it a few steps further and make something that would be a little more worth while playing and rewarding, and so Bad Run came to be. 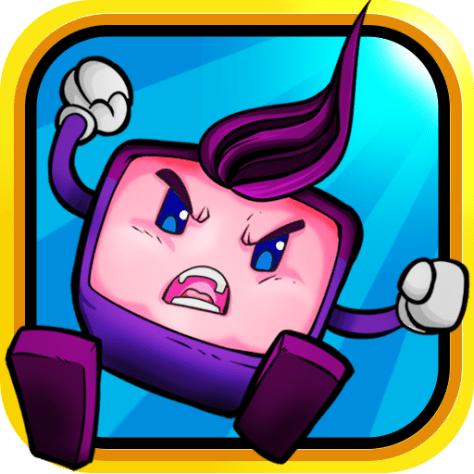 Bad Run is a platformer runner, it’s based on the playable intro part of Bad Pad, where you run after Evil Pen towards his castle.
In the end of Bad Pad’s intro, evil Pen shoots at Square, then Square is running after him and the playable part starts with the text “A few hours of running later”, Bad Run is what happened in those few hours.

Though in Bad Pad’s intro you can only run and jump, in Bad Run you can do much more, you can upgrade your character in the in-game store with coins you will be picking up and winning from achievements and rewards, there are basic upgrades that will make you move faster or jump higher and there are abilities upgrades, one of them is Air Diving which is already a feature in Bad Pad another is Double Jump, which is not a feature in Bad Pad and I’m not sure if it ever will be, another one is Jet Pack, this feature was so cool that I decided to add it to Bad Pad too, it’ll be mostly in the last floor, which I’m working on now, there is also a continuous jump upgrade, which is not that necessary for Bad Pad, but it does wonders in Bad Run.

The last section of upgrades is for later levels, there are sections in the game where you fly and the wind is pushing you up and you need to push down against it, for this section you can have a shield around you, which you can pickup during the levels or buy in advance, picked up shields are not stored and can be used only in the level they were picked up in.
The shield are also used for another section of the game where you don’t have control over the character and fly straight and you need to shoot obstacles that are coming at you, for this section you can also upgrade your amount of ammo and reload time, shields and fire powerups are also used for the boss fights.

The last item is revives, revives can be bought only with special coins, there are 3 special coins in each level and you can get more from the daily rewards!, some levels can be intense, having an extra life or two can really make the difference.

I might expand the game more in the future, add more levels or different campaigns, maybe some predesigned levels, but that depends on the amount of interest people will show in the game.

Did I mentioned it’s free?

…and back to Bad Pad.
We did some more work on the cut-scenes and I closed a list of bugs we made during the gaming festivals last month, I made a few new scenes abd the steam store page is fully setup and ready to lunch, but I still need to finish up a few things before releasing the first build, here’s my todo list,

– Make a new promo video, make it much cooler this time!
– Create the install/uninstall shield scripts.
– Add patch and updates support for the game.
– Finish up RT+LT cut-scene
– Finish up analog cut-scene

It shouldn’t take too long, might be any day now, I can’t promise a date, but I can say it would be before 2017!