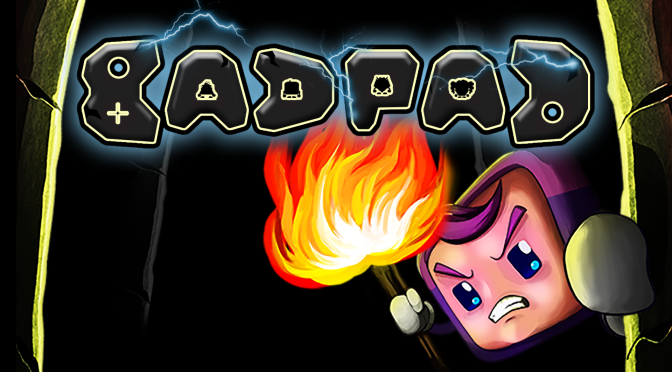 For the past month I’ve been posting our development progress straight to our Bad Pad Hub on Steam, there been quite of few changes, I’ll sum up the interesting ones.

I’ve had some personal communication with some players, testers, you-tubers and reviewers, getting their feedback and suggestions was very helpful and opened my eyes to some issues, my main focus was making the current game experience better, rather than working on new stuff.

That brings me to the other big change, the saving stations, previously the game saved your progress after you exit a scene, now, you have saving stations spread throughout the castles, this makes the game a little harder, but also a little easier, but most defiantly more rewarding, I’ll explain.
It’s harder for the obvious reason that you won’t get a saving station on every scene, so you will need to go a little further to be safe, which causes you to think a little more and not just rush through a scene getting hit knowing you’ll be safe once you get to the exit, getting through the scene feels more rewarding, energy pickups are more meaningful, where before you could just die and restart the scene with full health.
Its also easier because I’ve placed the saving station in strategic places, inter-sections, before/after hard parts, so it can actually save you time and travels, knowing you won’t have to do that hard part again, or say you wonder in the wrong direction, you can reload back to the intersection and go the other way instead of back-tracking, using the new reload last save option in the in-game menu.

Some other stuff we did
* Steam overlay and achievements added to the game.
* New scenes added, more shortcuts, more decorations.
* Map music updated.
* a few bugs were fixed.
* UI fx transitions for the dying sequences, smoke when you get fried, bubbles when you drown, white flashes when you’re hit by lasers, and blood for pretty much everything else.
* More sprites and animations.

Bad Pad demo is now also available on Steam, give it a try!

And a few let’s play